This tutorial has been prepared for professionals aspiring to learn the basics of Ethical Hacking and many digital knowledge.

By using the above command Metasploit will be installed. If you want to install another package then remove the Metasploit and then type the name of your own package.

Uninstall package command is used to uninstall a package or a tool. You can easily uninstall any package from your Termux by this command.

By typing the above command Metasploit will be uninstalled.

1.4 Reinstall a package in Termux

If you want to reinstall the Termux packages to the same versions as were previously installed then you can use this command. The pkg reinstall command will first uninstall and then install the package back again to your Termux

1.5 Get detailed info about package

Use this command to get the list of all packages that are currently installed in your Termux.

1.8 Show the location of files

pkg files used to show the location of installed files and packages in the Termux. The command with example is shown below:

Use this command to clear the Termux screen

Use this Termux command to print the working directory, That means the command will give you a location of the current directory in which you are present.

You can use this command to change the directory. You can easily move from one directory to another by using this command. The example is given below.

1.13 See files and folder of the current directory

Use this Termux command to see the files and folders that are present in the current directory.

You can also use this command to see more information about the files and folders including hidden files.

cp is used to copy the file from one directory to another. For example, I have a file that is present in the sd card and the name of the file is “document”.  And I want to move that document to the Termux home directory then the following command will be used:

mv command is used to copy files from one folder to another. The procedure is the same as the above command just use mv instead of cp if you want to move the file.

1.17 Change permission of file and folder

To read any text, HTML, python file, etc cat command is used. For example, I want to read the content of “document.txt”. Then I will use the following command:

zip is the popular command of Termux. That is used to compress and decompress a particular file or folder.
To compress a file following command will be used:

To decompress a file following command will be used:

Note: To use the zip and unzip command, you will need to install zip by typing the following Termux command.

1.20 Create and remove the directory

To remove the Termux directory following command will be used:

Shows the size of the object in the specified folder.

Use this command to close the Termux.

Open the file with the default application associated with it. For example, I want to open the “readme.txt” file. Then I will use the following Termux command:

The command is used to ping an IP address or a website to ensure reachability of a device to a specific web or IP address. Example:

Use this command to show the calendar.

Use this command to print the date.

The wget Termux command will let you download any file and Termux package from the URL. Usage of this command is mentioned below:

Wget package needs to be installed to use this command. You can install the wget by using the below command:

To clone the packages from Github, you will need a git clone command. Usage of this command is mentioned below:

To use the git clone, the git command must be installed in the Termux. You can install git by typing the below command.

2. What basic commands should I type After Installing Termux?

AS you install Termux on your Android device, the Termux is not configured, and you can’t install most of the packages from it. You must configure your Termux for better use by typing the following basic commands in Termux:

The above command will allow the Termux to use your sd card storage. Most of the permission denied issues that you face while accessing the sd card will get fixed after typing this command.

If you are still confused about how to configure the Termux properly, then You can see the below video from our YouTube channel.https://www.youtube.com/embed/AFI_uG-i3Gc

3. Some Important Termux tools and commands:

Here I listed great Termux commands and tools that you would like to install in your Termux. These Termux tools do not come pre-installed with the Termux.

Python comes preinstalled on most Linux distributions, But in Termux, you have to install the Python manually. Most of the Termux tools will need Python to run. So Python must be installed in your Termux.
Here is the termux command to install Python: 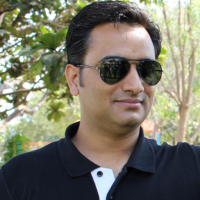 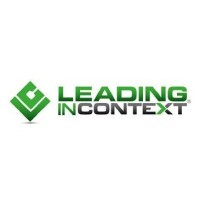 "We are life changers."

MOST TRUSTED REALTOR IN SOUTH INDIA

Promoting sustainable and ethical fashion. From the Planet for the Planet.

A daily selection of the best content published on WordPress, collected for you by humans who love to read.